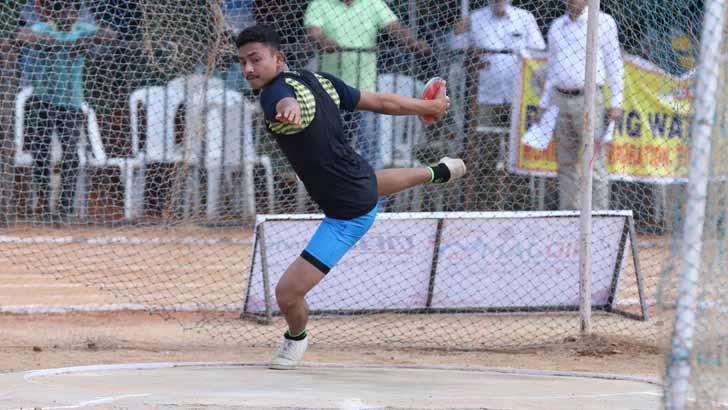 TIRUPATI (AP). Records tumbled on the second day of the National Inter District Junior Athletics meet in the town of Tirupati on Sunday as five meet records were toppled at the Tarakarama Stadium. New marks were set at the U-14 girls shot put, U-16 boys discus throw, U-16 girls shot put, U-14 boys high jump and U-14 boys shot put events on Sunday.

Two athletes went past the old meet record in the boys U-16 discus throw competition. Mohammad Affan of Seoni, MP threw the discus 50.74m to erase the previous mark of 49.62m set by Abhey Gupta at the Haridwar edition of NIDJAM in 2014. Shyam Chaudhary of Mathura, UP also threw further than the old mark but his effort of 50.29m was only enough to secure a silver. Ajay Sharma of Sonipat, Haryana claimed the bronze with a throw of 49.14m.

Another two athletes would go past the existing meet record in the girls U-14 shot put competition. Bharti of Ambala, Haryana took gold with a throw of 13.07m beating the old mark of 11.28m set in 2014. Also going past that old mark was Vidhi Singh of GB Nagar, Uttar Pradesh who recorded a throw of 12.24m. Sakshi Pawar of Satara, Maharashtra took bronze with a throw of 11.09m.
Haresh of Hathras district in Uttar Pradesh set a new mark in the boys U-14 shot put event, flinging the iron ball a distance of 16.36m. He eclipsed the previous mark of 15.95m set at the Haridwar edition of the same tournament in 2012. Haresh would pip Aditya Khushwaha (Allahabad district, UP) and Anurag Singh Kaler (Amroha district, UP) who recorded best throws of 15.94m and 15.04m respectively. 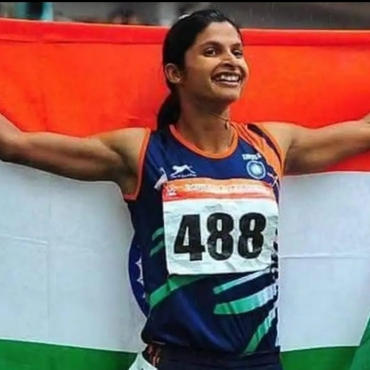 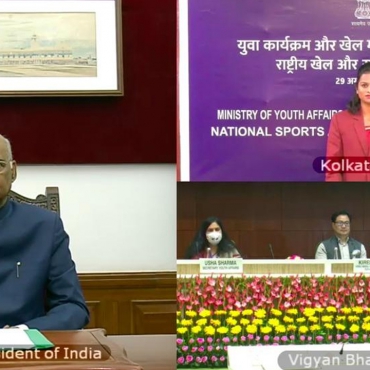